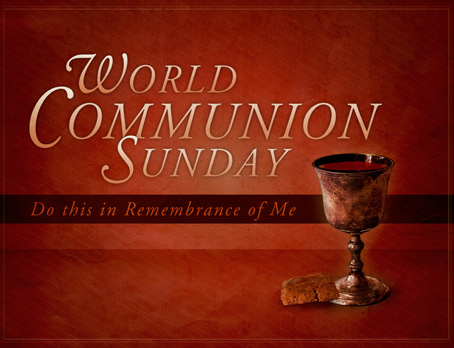 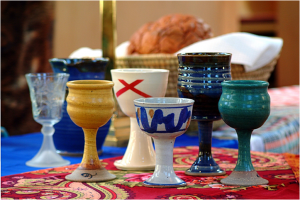 World Communion Sunday is a celebration observed by several Christian denominations, taking place on the first Sunday of every October, that promotes Christian unity and ecumenical cooperation. It focuses on an observance of the eucharist. The tradition was begun in 1933 by Hugh Thomson Kerr who ministered in the Shadyside Presbyterian Church. According to Presbyterian Outlook:

Davitt S. Bell (the late Clerk of Session and church historian at Shadyside) recalled that Dr. Kerr first conceived the notion of World Communion Sunday during his year as moderator of the General Assembly (1930). …World Communion Sunday grew out of the Division of Stewardship at Shadyside. It was their attempt to bring churches together in a service of Christian unity—in which everyone might receive both inspiration and information, and above all, to know how important the Church of Jesus Christ is and how each congregation is interconnected one with another.

It was then adopted throughout the US Presbyterian Church in 1936 and spread to other denominations. In 1940, the Federal Council of Churches (now the National Council of Churches), led by Jesse Moren Bader, endorsed World Communion Sunday and began to promote it to Christian churches worldwide. (source: Wikipedia)

Make a special effort not to miss this meaningful worship service.